Retired Northern Irish footballer Keith Gillespie was a talented winger who has battled back from a gambling addiction and is now an excellent guest speaker who talks candidly about his life both during, and after, football. Keith’s career began at Manchester United after winning the FA Youth Cup in 1992. He then moved to Newcastle United, where he played in the UEFA Champions League, and also played for team such as Blackburn Rovers, Leicester City and Sheffield United, helping the former win the Football League Cup in 2002. In the twilight of his career, he went to play for Glentoran in the Irish League and Longford Town in the League of Ireland.

Gillespie sits at sixth in the list of all time top appearances for Northern Ireland with 86 caps. He debuted form them in 1994 and played an important role in his country’s 3–2 qualifying win against Spain at Windsor Park in 2006. In all he scored twice for his national aide, and in all domestic football managed to score 31 times in a total of 495 games. In 2013 Keith released his autobiography entitled How Not To Be A Football Millionaire, which describes his gambling addiction. As such, he is an informative speaker with lots of experiences to share and does so in inimitable style for a wide range of audiences. Footballers from North West Special Olympics Club in Letterkenny, Donegal were among those visited by former Northern Ireland and Manchester United footballer, Keith Gillespie, at a recent training session for Team Ulster in the Antrim Forum.

Keith joined members of the Team Ulster football teams, including Mark McDuffy and Trevor McGrenra, footballers from North West Special Olympics Club, as they prepare to compete on a national stage at the Special Olympics Ireland Games, which take place in Dublin from 14-17 June 2018. 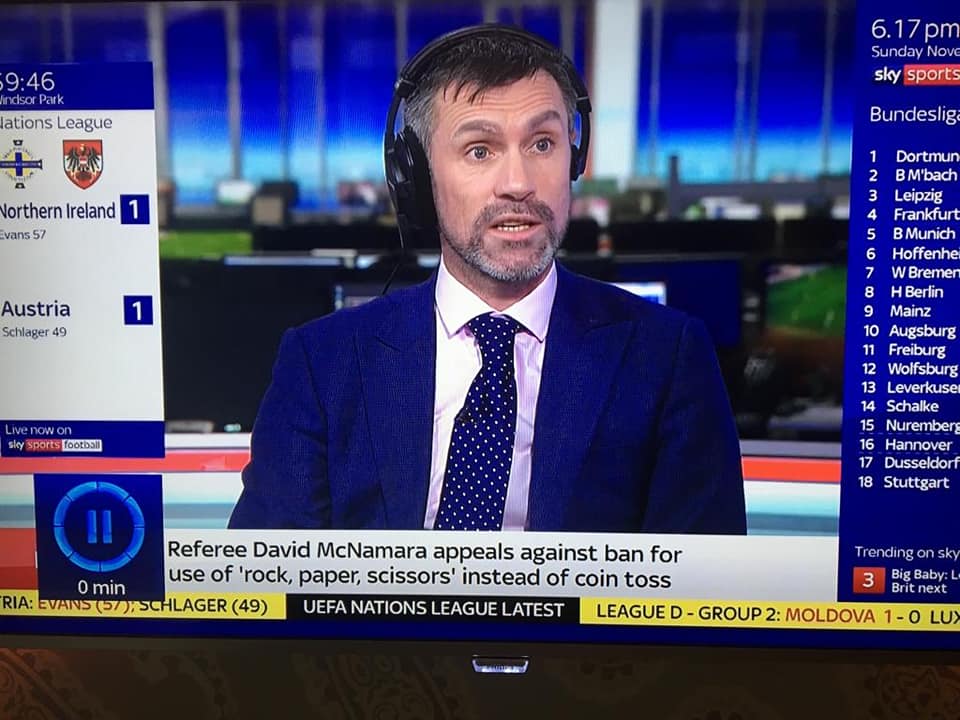